The inauguration of the “Marinakeion Melathron,” the new administrative center of the Holy Metropolis of Piraeus, was held on Sunday, December 4th, in the presence of the Archbishop of Athens and All Greece, His Beatitude Ieronymos. The new center was officiated by the resident Metropolitan, His Eminence Seraphim.

The new administrative center of the Holy Metropolis of Piraeus was fully renovated and redesigned with the support of the Grand Benefactor of the Metropolis, Mr. Evangelos Marinakis, who supported the project in memory of his father, Miltiades.

Following a blessing service in the new offices, His Eminence Seraphim, who celebrated his name day on the occasion, thanked His Beatitude Ieronymos, other Metropolitans of the Autocephalous Orthodox Church of Greece, clergy and the faithful. “We are celebrating a sequence of amazing events,” His Eminence said, making the case that this was a day of utter joy and consecration. In praising All-Holy Trinity God, because “a dream and desire for ministry today becomes a reality,” His Eminence referred to the pious people who God reveals and who contribute to the work of the Church.

The Metropolitan welcomed the presence of His Beatitude Archbishop Ieronymos as a great blessing. He proceeded to thank other attending hierarchs for their prayers, maintaining that their presence demonstrates the unity between them. He also paid special tribute to the honorable president Mr. Evangelos Marinakis, who assumed the financial burden of renovating and redesigning the building, transforming it into a “marvelous place of ministry of the Word of God.”

The project was dedicated by Mr. Marinakis to the memory of his father, Miltiades, “who inspired his only son with the spark of the modern Greek nation, valiance, the supremacy of seamanship and the great maritime nation of the Greeks,” His Eminence underlined.

Finally, He thanked all attendees for their presence and prayers, emphasizing that “this place belongs to all of us.” Among others, Metropolitan Seraphim thanked his office chief of staff, Mr. Dimitrios Alfieris, for his contributions and efforts in coordinating the entire project, as well as Alter Ego Media CEO Mr. Yannis Vrentzos, along with the chief civil engineer and contractor of the project, Mr. Vangelis Pantzartzidis.

Following, Ms. Athanasia Marinaki, the spouse of the Grand Benefactor of the Metropolis, extended her best wishes to Metropolitan Seraphim on the occasion of his name day. In a touching address, Ms. Marinaki called the new administrative center a jewel, while expressing her joy over the fact that “we are all here today to enjoy the fruits of numerous and arduous efforts. This vision of His Eminence today becomes reality.”

She noted that her spouse, Vangelis Marinakis, accepted the Metropolitan’s proposal from the very beginning, stressing that her family was given the opportunity to serve once again as an associate and supporter in the great missionary, spiritual, charitable and social work conducted by the Holy Metropolis of Piraeus. She added that the naming of the new administrative center in memory of Miltiades Marinakis is a great honor, which reflects the latter’s love and contributions to the city of Piraeus.

In turn, the Archbishop of Athens and All Greece, His Beatitude Ieronymos, congratulated His Eminence Seraphim of Piraeus and his associates for their tireless work, while expressing his best wishes that the new administration center will focus on addressing both the administration and pastoral needs of the citizens of Piraeus. Referring to the fruitful cooperation between the Church and the private sector, under the blessing of God, His Beatitude said, “all of us here today are happy to share in your joy and the efforts you have made to reach this day.”

Moreover, Archbishop Ieronymos referred to crises that emerge in practically every sector. “Crises, great and small, pass. What remains is the decline from the crisis. This is the problem of our age,” His Beatitude stressed. He added that such cooperation with the Church is absolutely necessary to overcome a decline.

His Beatitude also touched on the support of ordinary people towards such endeavors of love. He proceeded to call on all those, who might hold strict judgment, “to take a step towards this effort, and see that there are many people united in this struggle to overcome decline.” He also called everyone to rally for the common good.

“We thank you Holy Father of Piraeus for your efforts to reach this event today, may you have a good output for the prosperity of your flock,” His Beatitude concluded.

A tour of the new facilities followed. Also, in attendance were representatives of the Greek government, judicial, law enforcement and military officials, as well as representatives of scientific and local organizations of the city.

Earlier in the morning, the Metropolitan of Syros, His Eminence Dorotheos, officiated the Orthros service at the Cathedral of the Holy Trinity of Piraeus.  An Archieratical con-celebratory service, was officiated by the Metropolitan of Nikaia, His Eminence Alexios, and co-officiated by their Eminences Ephraim of Hydra, Dorotheos of Syros, Dionysios of Corinth, Chrysostomos of Messinia, Antonios of Glyfada, His Grace Bishop Prokopios, and Metropolitan of Piraeus Seraphim. The Gospel was preached by the First Secretary of the Holy Metropolis of Piraeus, His All-Reverend Archimandrite, Fr. Nifon Kapoyannis. 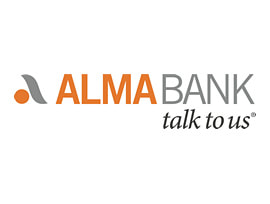